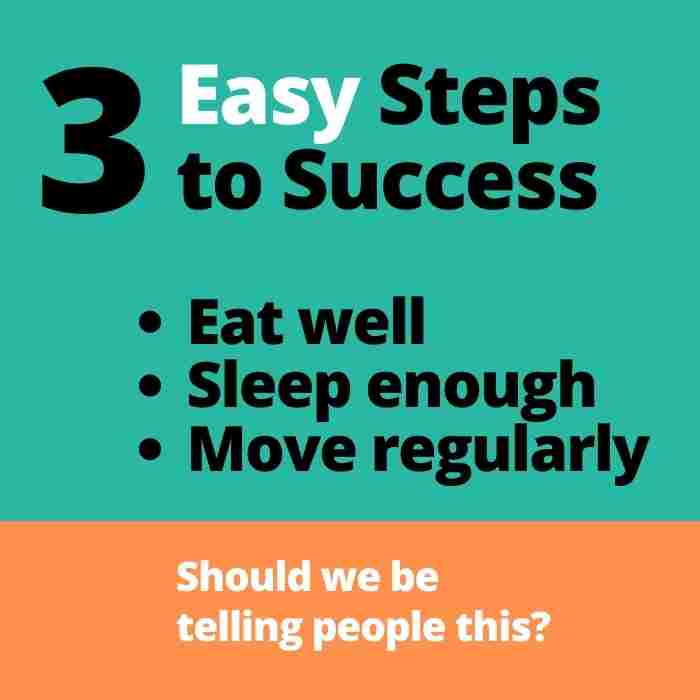 I have just been looking at some posters from a health club in Aussie one of which said something like  ‘There are 3 simple steps to success – get enough sleep, move daily and eat well’.  Another one said something like  ‘Losing weight and staying fit is easy. It’s just a matter of eating less and moving more.’

Lots of people find it hard to move regularly, eat less and get enough sleep. Likely the same people that need us most and I don’t know if they feel understood in their battle, when they are told that something they are struggling so hard with, and still ‘failing’ at, is easy and simple.

To connect with them, maybe it’s better we say something like “what you are trying to do, I get it, it sounds simple, it looks easy, but it’s actually really hard, but I can help”.  Which we can.

No one arrives in our world looking for help and gets told ‘to just eat less and move more’ and are sent way. We know there is way more to it and maybe need to say that?  Our industry exists because it is far more complex issue than that. It’s why our services aren’t free and why our Challenges are so successful.